The Journey To Hope & Recovery 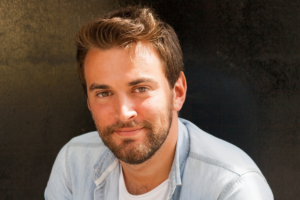 World Mental Health Day and also National Coming Out Day are both in October, and to mark these days, iPride, the IPO’s LGBT+Allies group, and IP Out were thrilled to invite Jonny Benjamin MBE to give a talk, kindly hosted by the Intellectual Property Office (IPO) in Newport.

Jonny is an award-winning mental health campaigner, author and filmmaker from London with an extraordinary personal story that he now shares as a TLC Lion. At our event he shared his journey with mental illness, from his first experiences of seeing a psychologist at the age of 5, through to his breakdown and hospitalisation at 20. This led to a suicide attempt on Waterloo Bridge in London during which Jonny was saved by a stranger. Six years later, after a long period of recovery, he launched a twitter campaign – #FindMike – to find this stranger, which went viral and resulted in the pair being reunited.

Jonny spoke about this experience, his ongoing battle with schizoaffective disorder, coming to terms with being gay, and his renowned work within mental health. Ultimately it was a story of overcoming adversity which Jonny hopes will break the stigma and shame surrounding mental illness.

Graham McCartney from the charity Jonathan’s Voice was also at the event, and spoke about the fantastic work that they have been doing to promote mental health, particularly within the IP professions where they work closely with IP Inclusive (see our Mental Health and Wellbeing page, for example).

After the talk, there were drinks, a generous buffet (again courtesy of the IPO), and a chance to network and continue the discussions inspired by our two speakers.

Awesome. I Have It.