These are the current members of IP Inclusive Management (IPIM). You can contact any of us via the IPIM Secretary, Julia Florence, or IP Inclusive’s Lead Executive Officer Andrea Brewster.

A register of IPIM members’ relevant interests is available here. 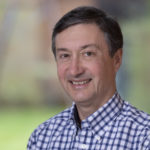 Michael is a barrister at 11 South Square, Gray’s Inn where he specialises in IP, IT, data protection and technical commercial litigation. Before joining the Bar in 1980 he read physics at Imperial College with a final year dissertation in materials science and gained industrial experience at GEC Rotameter in Croydon.

Between 1991 and 1996 Michael was junior counsel to the Treasury in patent matters. He became a QC in 1996. He has been a qualified mediator since 2003 conducting mediations in IP and technical commercial disputes. His mediation experience includes complex international disputes between multiple parties from around the world. He has been a member of the Nominet DRS Expert Panel since 2008. He is currently working on a number of class action data protection cases and developing his mediation practice through a dedicated website.

Michael’s personal and professional experiences have led him to appreciate that one can never do enough to champion diversity and inclusion. He helped to create his chambers’ D&I policy and put it into practice. During his time as head of chambers he ensured that chambers’ recruitment and management practices were modernised and unbiassed. When asked by Andrea Brewster at the inception of IP Inclusive to contribute, he was keen to help and has been on the management team throughout.

Michael was a founding member of IPIM. 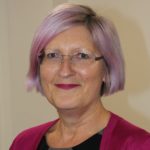 I first became involved with IP Inclusive at one of the early meetings of Andrea Brewster’s Diversity and Inclusion task force, having already seen the benefits of EDI initiatives in a corporate setting and having a firm belief that working for equality, diversity and inclusion is the right thing to do. I was inspired by the enthusiasm of the many participants and their desire to see greater diversity in our profession. As a result, I became part of the group which developed the original IP Inclusive EDI Charter.

I spent the majority of my career as an in-house patent attorney in the pharma sector, most recently with GSK, from where I retired in 2018. I also have some experience of private practice, having worked at Kilburn & Strode for several years.

I have supported IP Inclusive during my term on CIPA Council, and joined the original IP Inclusive Management team in my role as President of CIPA (the Chartered Institute of Patent Attorneys) in 2019. I became Secretary of IPIM in 2020. I stood down from CIPA Council at the end of 2020 and am delighted to be a member of the newly-constituted IPIM in a personal capacity, looking forward to supporting IP Inclusive as it continues to develop its work throughout the IP sector.

Gordon is a partner at Gowling WLG, where he was Head of IP for 25 years between 1995 and 2020. He is now a member of the International IP Leadership Team, charged with developing strategy across the firm’s global offices. He specialises in IP enforcement work, particularly engineering/tech patents.

Gordon graduated in law from UCL in 1981 and has been at Gowling WLG (and its predecessor firm, Wragge & co) since 1982 – a genuine “lifer”. He was in charge of the firm’s trainee recruitment programme for six years, and has created a diverse global team across the firm’s international offices.

Gordon also practises as a mediator, accredited by CEDR and WIPO, and is a member of the WIPO panel of arbitrators for domain name disputes. He is a guest lecturer in patent law at Queen Mary College, and speaks at the summer programme of the University of San Francisco at their European Summer School.

Throughout his career as a leader at Gowling WLG, Gordon has championed diversity and has implemented fair and transparent practices in recruitment and career progress. During his time in charge of trainee recruitment he opened relations with local schools to encourage students from all walks of life to take an early look at the possibilities of a career in law and IP in particular. When invited to consider joining IPIM, he was delighted to accept and looks forward to making a contribution in this important area in the later stages of his career. 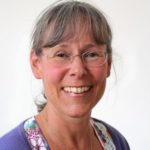 I’m a chartered patent attorney and European patent attorney, and a former President of the Chartered Institute of Patent Attorneys (CIPA). Until recently I served on the Institute’s governing Council and have also contributed to several of its committees, including the Business Practice, Education, Paralegals and Textbook & Publications Committees.

Before my retirement in 2015 I was a partner in a small UK patent and trade mark practice, Greaves Brewster LLP, of which I’d been a co-founder.

I established IP Inclusive in 2015 to promote equality, diversity, inclusion and wellbeing throughout the UK’s IP professions. With the help of huge numbers of enthusiastic volunteers, I’ve developed the initiative into a well-connected and influential player in the IP sector. I became its first Lead Executive Officer in 2019, a role I continue to hold alongside my membership of its governing body IPIM. I frequently speak to and advise IP professionals on diversity-, inclusion- and wellbeing-related issues, and have been heartened by people’s enthusiasm for this important cause.

Andrea was a founding member of IPIM. 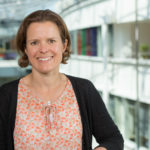 Alicia is a solicitor and chartered trade mark attorney who studied Biology at The Queen’s College Oxford before starting her legal career and finding her love of IP at Hogan Lovells. Alicia moved in-house to GSK in 2002 working in a wide variety of IP and risk management roles prior to her most recent role leading the Consumer Healthcare Brand Protection team of lawyers and paralegals based in the UK, US and China. Alicia left GSK in August 2021 and now works as Associate General Counsel, Intellectual Property at Associated British Foods plc. Meanwhile she is also planning to finish her training to be accredited as an Associate Accredited Coach by the International Coaching Federation.

Alicia is passionate about developing people to be the best version of themselves and ensuring that teams and organisations including the IP profession are diverse and represent the communities where they are based and the people that they serve. She has been involved in many diversity initiatives within and outside of work and is a volunteer coach/mentor for students and individuals looking to progress in their careers.

Alicia has spent the last six years serving as a Board Member and Non-Executive Director of IPReg, the Regulator for the UK patent and trade mark professions, helping to shape the strategy and direction of that organisation, and is excited to be joining IP Inclusive and using this experience to help move the organisation forward on the next phase of its journey. 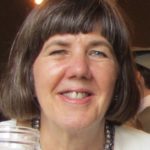 Julie is a patent and trade mark attorney who has worked for almost 40 years, in private practice, a law firm and in-house. Her last job was as IP Director for a UK-owned multinational engineering group, managing a global IP team including patent managers and focussing on the IP strategy, policies and procedures for the group. She retired at the end of 2020.

Julie has been actively involved in IP Inclusive since it launched. She has a particular interest in social mobility and representing those with caring responsibilities. 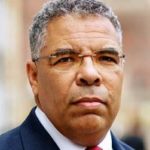 James is a barrister at 8 New Square, Lincoln’s Inn, specialising in intellectual property including patents, confidential information, design rights, copyright, database rights, trade marks, passing off and complex IT disputes. He has been involved in the work of IP Inclusive since 2019.

At St John’s College Cambridge, he was a National Engineering Scholar and awarded 1st Class Honours in Electrical and Information Sciences and Engineering. He was a founder of the college Fund for South African Education and active in the early work of the Cambridge University Group to Encourage Ethnic Minority Applications (GEEMA). At GEC Marconi Research Centre, he became a chartered engineer and was leader of the Optical Communications Networks Team. Based in London, he acted as a mentor for would-be engineers and lawyers as part of the City & Islington College “Mentor Programme” helping black sixth-form students with the self-confidence, motivation and skills to go on to higher education and a wide range of careers.

Called to the Bar in 1995, James was instrumental in founding the Inns of Court School of Law Students’ Association and has taught junior barristers advocacy as part of the Gray’s Inn Advocacy Faculty since 2004. He became a QC in 2022. His private passions include playing jazz flute, fringe theatre and new music. He has been a board member of Clod Ensemble theatre and dance company since 2009 and, since 2018, chair of the trustees of the Alfred Fagon Award, the UK’s leading award for black playwrights of Caribbean and African descent.