A short list of Black British culture and history

In his fifth and final post to mark Black History Month, Josh McLennon of Kilburn & Strode provides a fantastic compilation of resources for those who want to learn more about Black British culture and history. Covering a range of media and an even greater range of topics, there’s something in this short list for everyone. And since the best way to be an ally is to learn more about the people you want to support, why not find something from here to open your mind? There’s always the Christmas wish-list…

The article can also be found on Josh’s LinkedIn page here. You can read his first article – exploring the meaning of Black History Month – here; his second – which discussed the history of afro-textured hair – here; and his third – about Black Pound Day and the importance of supporting Black-owned businesses – here. His compelling fourth post, “Why am I Black?”, is here. 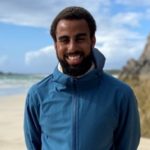 This is a list for those of us interested in learning more about Black British culture and history. In many ways, this is the list that I wish I had had when I was growing up. This is in no way an objective or exhaustive catalogue of all the information you need to understand the Black British experience, but it is a beginning. You might find some of the pieces listed below to be out of your comfort zone. If this is the case: fantastic. These may be the most important pieces for you to engage with.

As ever, I would absolutely love to hear if you have any books, podcasts, TV series or films which should have made their way onto this list. Please share them in the comments below – I know many would be delighted to have even more recommendations! Here we go.

The Lonely Londoners by Sam Selvon

Sam Selvon’s iconic 1956 novel The Lonely Londoners details the bittersweet experiences of various West Indian immigrants living in post-war Britain. The creolised English language it is written in immerses you in their world from the very first page. Utterly brilliant.

Candice Carty-Williams’ brilliant debut novel Queenie is written from the perspective of its eponymous character Queenie Jenkins, a twenty-five-year-old Jamaican British woman working at a national newspaper in London. Set in the present day, her tales of romantic misadventure and alienation are in equal measures heart-breaking and informative.

Girl, Woman, Other by Bernadine Evaristo

If you are to read one book this year, make sure it is Bernadine Evaristo’s Girl, Woman, Other. Joint winner of the Man Booker Prize in 2019 (with Margaret Atwood), this novel utilises poetic prose to examine the history of the Black British experience through the lives of twelve characters, the majority of whom are women. Accessible, beautiful, and thought-provoking, what more could you want in a novel?

Also recommended: Evaristo’s interview on the How To Fail podcast which you can listen to here (Apple Podcasts) or here (Spotify).

In Insurgent Empire, Priyamvada Gopal turns upside-down our conventional notions of British colonial history and details the way in which colonial subjects, both free and enslaved, actively resisted our nation’s rule. I love this book so much as it challenges the damaging myth of colonised peoples being passive victims, and instead puts their agency front and centre.

My Name is Why by Lemn Sissay

Lemn Sissay MBE, poet and chancellor of the University of Manchester, hits home with his autobiographical work My Name is Why. Growing up in care after being rejected by his long-term foster family as a young child, Norman Greenwood, aged seventeen, was presented with his birth certificate and learnt that his name was not Norman Greenwood: in fact, his name was Lemn Sissay (Lemn meaning “Why” in Amharic, the official language of Ethiopia). In the words of Helena Kennedy QC, “No Government Inquiry could ever expose the inhumanity of our nation’s care system more effectively than this important and compelling memoir. Lemn Sissay is a triumph of human survival.”

Buy My Name is Why from the Black-owned, London-based, independent Sevenoaks Bookshop here (hardback also available).

A Portable Paradise by Roger Robinson

In 2019, this short book of poetry made Roger Robinson the first Black British winner of the UK’s most prestigious poetry award, the T S Eliot Prize for Poetry. A Portable Paradise is a moving panorama, touching on the Grenfell tower tragedy, the Windrush scandal (Wikipedia link here), and what it means to be Black in Britain today.

Also recommended: Bernadine Evaristo’s interview with Vogue where she discusses his work, here.

You Heard George’s Podcast? by George the Poet

The multi award-winning Have You Heard George’s Podcast?, from British spoken-word artist George the Poet (real name George Mpanga), is nothing short of breath-taking. A mixture of poetry, history, narrative, news, and music, this podcast is undoubtedly a sonic masterpiece. The first two seasons are out now.

About Race with Reni Eddo-Lodge

You may recognise Reni Eddo-Lodge as the author of the bestselling book Why I’m No Longer Talking to White People About Race. Its accompanying podcast About Race gives us fascinating insight into the history of race relations in modern Britain, including episodes on political Blackness and the solidarity between Britain’s Black community and the White British working class. Challenging, intriguing and highly informative listening.

Listen to About Race on Apple Podcasts here or Spotify here.

Michael Kiwanuka’s self-titled third album Kiwanuka won the 2020 Mercury Prize this year, and with good reason. Somewhere between folk, soul, and indie rock, the North Londoner has put together a timeless album with something in for everyone. Owing to its popularity, do not be surprised if you recognise more than a few songs.

Listen to Kiwanuka on Spotify here.

Hoodies All Summer by Kano

For me, Hoodies All Summer is the album which should have won the 2020 Mercury Prize it was shortlisted for. Through the medium of “grime” (a sub-genre of British rap), Kano offers his listeners heart-wrenching insight into the pressures young men, particularly young Black British men, face in London today, and he has us dancing at the same time. A celebration of Black resilience, and an absolute treasure. Explicit.

Listen to Hoodies All Summer on Spotify here.

I May Destroy You (BBC iPlayer)

Michaela Coel is a true phenomenon. She both wrote and starred in the cult hit sitcom Chewing Gum (running from 2015-2017 and available on All 4 here or Netflix here), winning herself two BAFTAs for Best Female Performance in a Comedy Programme and Breakthrough Talent in the process. In her latest series, the twelve-part I May Destroy You, Coel tackles the subject of sexual assault in a way roundly praised by critics. Difficult, essential watching.

Watch I May destroy you on BBC iPlayer here.

BAFTA-winning historian David Olusoga OBE is Professor of Public History at the University of Manchester. He is also one of my heroes. Black and British: A Forgotten History is one of those documentary series which makes you question everything about your own view of the past, and even question how and why you came to think of it in that way. A complete must-watch. Could not recommend more.

Samuel L Jackson teams up with journalist Afua Hirsch (author of The Sunday Times bestseller Brit(ish): On Race, Identity and Belonging) to uncover the details and intricacies of the transatlantic slave trade. I love the sheer volume of important material in here, but what makes it such a great series is that we also follow them along their journey of how they collected such material. Ever wondered exactly how divers salvage objects from shipwrecks? This is the series for you.

With the six episodes of gal-dem presents: Black British History being just fifteen minutes in total, this series packs a serious punch. Each episode tackles an important and provocative question facing the Black British community, for example “Does British TV Really Represent Black People?” and “Who Owns Queer?”. Personally, I would have loved to have seen the questions explored in more detail, but these snapshots are more than enough to give us insight into Black British perspectives.

Ghetto Britain: 30 Years of Race is a powerful 2006 documentary on race relations in the UK by theologian academic Dr Robert Beckford. Even at more than a decade old, this film is still highly relevant today and Beckford presents a compelling case for holding both the private and public sectors to account for increasing racial segregation in Britain. Including a list of robust suggestions for the Commission for Racial Equality (pre-cursor to the Equality and Human Rights Commission, EHRC), this documentary offers some serious food for thought.

Watch Ghetto Britain: 30 years of Race on All 4 here.

Winner of awards at multiple film festivals the world over in 2020, Rocks follows a young teenage girl trying to navigate adolescence while struggling to look after herself and her younger brother in London. The remarkable performances from the young, multicultural cast are so good that I still can’t shake the suspicion that this might actually be a documentary. A completely real, moving portrait of inner-city sisterhood, this film really is a must-watch.

This is the final article in the five-part series I have written for Black History Month 2020, and what a journey it has been. I have learnt so much along the way and am so thankful for having had the opportunity to clarify my own thoughts. I am indebted to those of you who have reached out over the past few weeks, offering kind words of support and solidarity. It means the world to me. Thank you all for engaging with these topics.