History of LGBT+ representation in the UK Judiciary

To mark LGBT+ History Month this year, our IP Out community and CIPA are collaborating on a series of posts throughout February. This piece is written by CIPA’s Membership Officer Fran Bleach, who has delved into the history specifically of the UK Judiciary, and the people who’ve sought to improve LGBT+ representation there.

Representation matters, whether that is in the workplace, in pop culture or as part of our national curriculum. It is one of the mechanisms by which aspirations become accessible to those to whom the door was previously shut or barred. It allows those who are now represented to feel welcomed and valued in that profession or space.

Members of the LGBT+ community can feel encouraged to develop their skills, qualifications and to build their careers to support an application to the Judicial Appointments Commission. In addition, those who are already working within the Judicial system can feel strengthened in not having to hide any part of who they are, reducing causes of stress and allowing people to flourish and be more productive professionally.

In the specific case of diverse representation in the judiciary, I will cede the floor to Lady Hale and her speech to the Constitutional Law Summer School in Belfast, 2017:

“People should be able to feel that the courts of their country are ‘their’ courts, there to serve the whole community, rather than the interests of a narrow and privileged elite. They should not feel that one small section of society is dictating to the rest. These days, we cannot take the respect of the public for granted; it must be and be seen to be earned.”[2]

When it comes to the history of professional representation in the LGBT+ community in the UK, we need to acknowledge that before the introduction of the Sexual Offences Act of 1967, it was considered a criminal act to be an openly gay male in the UK. Even then, it is only within the last 30 years that the Judiciary was made openly accessible to LGBT+ individuals; due to the Lord Chancellor between 1979 and 1987, Lord Hailsham, making it an implicit requirement that those applying should be married.

It wasn’t until 1991 that his successor Lord Mackay of Clashfern removed the requirement. This meant that it was made possible for someone who was openly part of the LGBT+ community to become a judicial officer.

Representation today in the UK Judicial services remains quite small, with the Ministry of Justice’s 2020 statistics report showing that only 6% of applicants that year were openly LGBT+[3].

Sir Adrian Fulford entered the judiciary in 1995 as a Recorder of the Crown Court. He initially applied for a role as an assistant Recorder in 1994 and this was believed to be the first time the Lord Chancellor’s Department had encountered an applicant who was openly gay. He was appointed a High Court Judge in 2002 and has enjoyed a lengthy career sitting as a Judge for the International Criminal Court, Lord Justice of Appeal. He was the first Investigatory Powers Commissioner and most recently he became Vice-President of the Court of Appeals (Criminal Division).

In 2009, Sir Adrian spoke to the South Eastern Circuit during a session on “Against the Odds: A celebration of equality and diversity” where he touched on the problematic attitudes he encountered on applying to join the profession back in the 1990s and how he felt things had changed to date:

“My personal experience has been that times really do change – indeed at an accelerating rate, and I urge you not to give up and tell your friends not to give up . . . and you will ensure that the judiciary is truly open to all those who, on merit alone, deserve to be appointed.”[4]

Sir Terence Etherton entered the judiciary as a High Court Judge (Chancery Division) in 2001, having been a Queen’s Counsel since 1990. Going from strength to strength, he was appointed Chairman of the Law Commission in 2006, the group responsible for recommending reform of the law. He became a Lord Justice of Appeal in 2008, the Chancellor of the High Court in 2013 and then in 2016, was appointed to the second most senior Judicial position in the England, the Master of the Rolls. After a remarkable 47-year career in the law, Sir Terence retired as the Master of the Rolls in January 2021 and fittingly, the event was marked by him becoming a crossbench life peer in the 2020 Political Peerages. He is now Baron Etherton, of Marylebone in the City of Westminster as of 23 December 2020.

In his valedictory speech, as the outgoing Master of the Rolls and as Britain’s most senior openly gay judge, Sir Terence spoke about promising himself that he would never hide his sexuality, what representation in the Judiciary meant to him and how he hoped he was leaving the state of access to justice more improved than when he entered the profession:

“I hope that I have kept my promise to myself and have been, if at all possible, a role model. Because my experience is that role models have a greater impact than anything else.”[5]

Not only a barrister, but a Chartered Psychologist, Dr Victoria McCloud became the first openly Trans person to be appointed as a High Court Judge. She was made a member of the Queen’s Bench Masters in 2010, making her not only the youngest individual to achieve the role, but also the second female Master ever.

The above are high profile examples of the LGBT+ community in the UK Judiciary and I am confident that their hard work and determination has helped laid groundwork that has encouraged others to strive for the profession.

We study history to get a better understanding of how we got to where we are, as a species, a country or just a community of people. It helps us learn from our mistakes and importantly helps us clear our path and move forward. LGBT+ History Month gives us a chance to shine a light on what has come before and importantly, where we should be heading to make things even better, for everyone.

[4] Sir Adrian Fulford, Against the Odds: A celebration of equality and diversity, 2009 – https://southeastcircuit.org.uk/history-vision/against-the-odds-a-celebration-of-equality-and-diversity 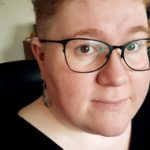