For this last in our series of posts to mark LGBT+ History Month, we hear from Lord Chris Smith, Chair of the Intellectual Property Regulation Board (IPReg). His article is inspired by Russell T Davies’s It’s A Sin – a recent TV mini-series that was originally turned down by the major broadcasting companies on account of its difficult subject matter, but has since become the most binge-watched show to stream on All 4 (see here).

This article first appeared in The House Magazine (the parliamentary internal magazine); we are grateful to Lord Smith for sharing it with the IP professions.

Huge thanks as well to our IP Out community and CIPA, who have together created such a wonderful series of posts for this month. They have shared research, memories and many fascinating insights – and in the process, we hope, raised awareness of a community that was shunned for far too long. Although there is much still to be done to ensure equality and inclusion for LGBT+ people, we are lucky to face a future that is much brighter than before, thanks to the courage and sacrifice of the people who fought for it.

I was diagnosed with HIV at the start of 1988; so this five-episode series, about the lives and loves and experiences of a group of gay men in London in the 1980s, and their encounters with the burgeoning Aids epidemic, has almost unbearable resonance. It’s authored by Russell T Davies (and is in fact the first time he’s tackled Aids full-on, on screen) – and as a result it’s very good. It’s compelling, brilliantly written and acted, full of interesting and engaging characters, and very moving. Go watch it, please.

I can remember all too well the early onset of the epidemic, and it’s well portrayed here in the opening episode. The rumours of a “gay cancer” that were beginning to surface in New York. The ignorance, the fear, the prejudice. The locked wards and the isolation and the rubber gloves. The urge to deny it all, amongst some. (How reminiscent of the “Covid is a hoax” brigade.) The patent and pathetic remedies recommended by all sorts of quacks. (Donald Trump and bleach comes to mind.) The increasing feeling amongst gay men of being scared out of our wits.

But also, at the same time, the love and care that came from friends and lovers. One of the strongest characters in this series is Jill Baxter, played by Lydia West, not gay herself, but a real and enduring friend and supporter for the cast of gay characters that she fills her life with. She becomes in a way an anchor for everyone else in the series; and there were real anchors, in real life, of exactly this kind, who didn’t succumb to the prejudice and who hugged and touched and cared and made an incredible difference.

The series has a wonderful and colourful cast of characters. Central to the story is Ritchie Tozer, played by Years & Years lead singer Olly Alexander, impossibly beautiful, hugely charismatic, full of energy and intensity, and trying very hard to become an actor. And alongside him, the outrageously camp Roscoe Babatunde, played by Omari Douglas, who looks equally at home in drag or in the most immaculate of suits. One of the wonderful things about the series is that these people have fun. The rich variety of characters, and the way their lives intertwine, and the compelling narrative thread that results, is classic Russell T Davies. It works.

Watching the series, the emotion I felt most strongly, though, was one of mounting anger – at the way in which the outside world placed a badge of shame on those it saw as different, and even worse, diseased. No sympathy. No sense of care. No humanity. In the 1980s there was already an ingrained fear and bigotry about people who were gay. When Aids surfaced, it became far worse. For those facing the onset of HIV, they (we) were in a very real sense facing two diseases – that caused by the virus itself, and the prejudice that came inexorably with it. This series doesn’t pull any punches in revealing the extent of that prejudice, and the fear of the unknown and the different that gave rise to it. You’ll live through all the emotions that we went through, back in those times.

In those early years we all thought we were facing a death sentence. I well remember one of my doctors saying to me, early on after my diagnosis, that he simply couldn’t tell me what my prognosis would be. (Medical science had yet to ride to the rescue, which – wonderfully and thankfully – it eventually did.) “The thing you have to do,” he said, “is learn to live with uncertainty.” It was good advice then, in the circumstances I suddenly found myself facing. But actually it was quite good advice for everyone, in all circumstances.

This is must-see television. It takes you intimately into the lives and enthusiasms of an utterly engaging group of characters. It tells a gripping story. It gives you a real flavour of what it was like being gay at that time and in that place. You’ll love it. 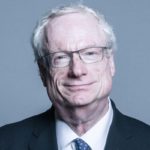