This guest blog is from Dr Tony Sewell CBE, Director of the social mobility and outreach charity Generating Genius. Tony gives his personal thoughts on the recent “Black Lives Matter” campaigns, and explains what his charity is doing to improve ethnic diversity and how IP sector organisations can help turn the protests into positive action.

It is a pity that it took the toppling of a statue in Bristol to bring the issue of racial inequalities to the top of the political agenda. The manner in which Edward Colston was dragged off his pedestal was wrong, but the issues raised by the protesters were important and the debate they have started is necessary. For while Kemi Badenoch MP, Minister for Equalities, was right when she said that Britain is one of the best countries in the world in which to be black, it remains the case that there is still a long way to go to reduce racial inequalities and prejudice. Black people are more likely to be poor, less likely to go to university, more likely to be stopped by the police and more likely to be unemployed compared to other ethnic groups. On the positive side, this group is becoming more likely to go to university and there is now increased interest in doing STEM subjects.

The onus now falls on the rest of society to ensure that the recent protests are turned into action. This is not something that can be driven solely or even largely by government. A national effort is needed. It is incumbent on all organisations and institutions to consider what they can do to address racial inequalities, tackle discrimination and provide greater opportunities for talented young people.

Nor is it enough for employers simply to diversify at the lower rungs of the corporate ladder. The less diverse the top of an organisation, the less likely that junior black employees will stay. It is striking that black people represent 1 per cent of the bosses of Britain’s top companies, and the proportion from ethnic minorities went down last year. It is up to the leaders of institutions and companies to identify and promote talented black people who can then act as role models and sponsors for younger colleagues.

Generating Genius is looking for 200 companies in the UK to provide internship places for the brightest black students in the country. 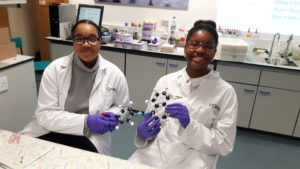 This campaign is a call to action for companies to close the representation gap of black talent. Generating Genius has, since 2004, been the leader working to increase representation of young black people in future talent pipelines. We focus on students who are studying STEM degrees and prepare and show them that their degree can take them into careers from finance to fashion. Our alumni have gone on to work at top companies which include J P Morgan, WPP and State Street. We already work with several companies but we need more support to get 200 of our students placed in 200 companies.

Since the recent UK protests around Black Lives Matter, there has been increased focus around fixing the problem of black representation in companies. Much discussion has been around how companies can tangibly do this. Our campaign is aimed at helping companies make an immediate impact in this area.