Pride Month, Progress, and the Paradox of Tolerance

This fantastic post was written for Pride Month (June) 2022 by EIP Associate Alex Gardiner and published on the EIP website here. Alex and EIP have kindly agreed for us to share it with the wider IP Inclusive community. We guarantee it will make you think twice about the importance of LGBTQ+ Pride and the need to continue the fight for LGBTQ+ inclusivity throughout our lives and throughout the year.

Once upon a time, in New York City, there was a riot.

Not, by itself, an especially notable occurrence – New York is a pretty good place for rioting, as such places go, and as both myself and my friend Eugene can attest, you often don’t need much to set things off.

This particular riot, however, was a little different.

This riot began on 28 June, 1969, on Christopher Street, at a place called the Stonewall Inn. This was a well-known gay bar, and was frequently raided by police, who would – among other things – arrest any patrons dressed in the clothing of another gender. These raids by the Public Morals Squad were a part of life for the LGBTQ+ community at the time – just part and parcel of existing in a form that certain elements of society were unwilling to accept. 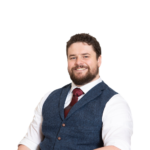 On this occasion, however, things did not quite go according to plan. As the police dragged patrons of the Stonewall Inn out into the street, loading them into wagons, there was enough time for a crowd to gather, watching the commotion. One woman, later tentatively identified as Stormé DeLarverie, shouted as she was arrested “Why don’t you guys do something?” The crowd collectively decided that this was a very good question, and…did something.

Bottles and bricks got thrown, shouts went up, and the now-famous Stonewall Riots began. All hands throwing hands. “Predominantly” attests one anonymous participant, “the theme was ‘this has got to stop!'” Michael Fader, another patron, echoes this sentiment – “The bottom line was, we weren’t going to go away. And we didn’t.”

Pride – the celebration of LGBTQ+ life, rights, and mere existence – sprang out of this event. The first marches were held to commemorate Stonewall, to commemorate the time that LGBTQ+ people stood up and said: “No. We’re here – deal with it.” Since that time, Pride has gone on to become a global force. It’s not Pride day now, it’s Pride Month. There aren’t one or two Pride marches, there are THOUSANDS. This year marks the 50th anniversary of Pride in London, and articles like this are being written because companies are marking Pride Month, something that would have been unthinkable in 1969.

A few months ago, in March 2022, Florida passed a bill colloquially known as “Don’t Say Gay”, which bars classroom discussion of sexual orientation or gender identity for young children. While almost seeming reasonable on its face, the bill is so vaguely worded as to chill any mention by a teacher of a non-heteronormative lifestyle. It also contains provisions that may lead to students being outed to parents with neither knowledge nor consent.

Georgia has raised a similar bill. An Idaho law would punish medical personnel who provide gender-affirming healthcare, and jail parents who consent for their children to receive such care with up to life in prison. Texas has issued an executive order launching child abuse investigations into parents allowing gender-affirming medical treatment for trans children. Oklahoma has proposed banning public school libraries from keeping books about “the study of sex, sexual preferences, sexual activity, sexual perversion, sex-based classifications, sexual identity”. Across the US, in this legislative session alone, more than 150 anti-LGBTQ+ bills have been introduced at the state level. More than three bills PER STATE.

Meanwhile, in the UK, the actions may be less dramatic, but rest assured they are there. The government recently reversed its promise to implement a ban on conversion therapy for trans individuals, acting against international medical and human rights consensus. LGBTQ+ hate crime has grown at double the rate of other forms of hate crime over the past two years – this even with the estimate that four in five – eighty percent – of anti-LGBTQ+ hate crimes go unreported.

We’re nowhere near far enough from those days.

It’s enough to make me incredibly angry at times. The willingness of so many people to look at the progress we’ve made, look at the challenges we still face, then shrug their shoulders and say “Yeah, but don’t you think that’s enough?” infuriates me on a visceral level. The idea that somehow, changing a corporate logo to be pretty colours and tweeting pictures of workers holding banners that say “Love is Love <3” is somehow enough, in the face of all the discrimination and hate and violence…it maddens me.

Don’t get me wrong. The increased support, the increased acknowledgement, the increased acceptance of LGBTQ+ life and identity – those are great. It’s really nice that employers can’t fire my friends because of whom they choose to date. It’s nice that I probably won’t be arrested and questioned because my nails are a beautiful sparkly copper colour today.

But if you think that that’s enough – that I and those like me should be somehow grateful for this bare minimum, thankful for these things that most people simply take for granted, while others under our flag suffer for the crime of existing as themselves – then you and I need to have Words.

We – as a society – we need to do more. We need to make sure that these vicious, hateful laws are struck down, overturned, or better yet, never brought to the table. We need to tackle the discrimination and the violence, protect those of us who are vulnerable. We need to make sure that those with these views, the views that trans people, gay people, bi people, should not be allowed to exist with the same rights and protections under the law as anyone else, DO NOT GET A SAY IN HOW WE LIVE!

A tolerant society, says Karl Popper, must be intolerant of intolerance. Allowing those bigots, be they author or academic, politician or poet, to spew their poison freely, is fundamentally incompatible with ideals of tolerance and equality. All the rainbow-coloured cupcakes in the breakroom and all the Pride Month logos under the sun won’t change that.

The Manic Street Preachers put it slightly differently – if you tolerate this, your children will be next.

The bigotry of the Stonewall era may still ring in our ears down through the ages – let then the rallying cries of those who fought ring louder still. We didn’t go away then, and we’re not about to now.