This post is written by Colin Bailey from Marks & Clerk. First published in the CITMA Review, here, it follows on from a talk he gave at an IP Inclusive Midlands network event in September 2020 on “Culture and belief”. The event explored how we can make our workplaces more inclusive for people of different cultures and beliefs; Colin’s article takes up the discussion.

Because I have a habit of saying “Yes!” to every opportunity, I recently agreed to speak at an event organised by IP Inclusive centred around culture and belief in the workplace (and then to contribute this article on the event for CITMA Review). The workshop was an eye-opener for a number of reasons.

Second, I was cheered by the number and nature of the questions being asked. Many of these seemed to have a common theme: “What more can we do in our workplaces to accommodate people’s various different faiths?” 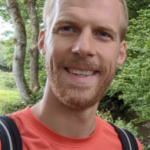 Around 15 years ago, I converted to Islam while at university. Since then, I have gone on to study the Arabic language (becoming fluent) in various countries across the Middle East and Africa. I have also spent some time learning the traditions of Islam. In my early years as a Muslim, I was under the impression that the beliefs, rituals, rules and prohibitions were well defined and had finite and clear boundaries, but during my travels my outlook changed completely. This has led to me adopting a tolerant stance on Islam (not to be confused with a lax approach). The most important thing I learned was that the more you learn, the more you realise how little you know. Each country (or even each city) has its own take on things, and everyone’s opinion and viewpoint is valid.

As a senior member of the Marks & Clerk LLP IT team, my role sits between the technical side of the IT department and the business side of operations, so I interact with attorneys, formalities staff and the various IT teams. The opportunity to meet and get to know all sorts of people is something I particularly enjoy. I am a Muslim, and if asked I will state that as my religion and my belief. If there is something organised in the workplace that is focused on Islam, I will get involved with it. However, there can still be a bit of awkwardness around my faith.

For example, a colleague who only knows my name would not have the slightest clue that I’m a Muslim on that basis. This can lead to confusion if, for example, I tell them, “I can’t do lunch on Fridays because I go to pray”. Or, when invited to a pub-based social event, I reply that I don’t generally go to places with alcohol if I can avoid it, so I’ll give it a miss. This regularly prompts the question, “Why?”

Even for those who do know that I’m a Muslim, there seems to be some sort of unwritten rule that “We don’t talk about religion in the workplace”. Perhaps there is an actual rule out there that discourages religious discussion, but I’m more than happy to chat to anyone about anything! Even though colleagues might be concerned that they are crossing a line by discussing religion with me, I am more than open to doing so.

Islam can also impose a number of outward practicalities that come along with its inward beliefs. These may be rituals that are required or prohibitions related to things that we are encouraged to avoid. For example, as well as being strongly encouraged to attend prayers at lunchtimes on Fridays, my particular faith also requires me to pray five times at various points throughout the day (others may have different requirements). In the summer, this means just one prayer during normal work hours, but in winter this increases to three as the hours of daylight draw in. For those who are fortunate enough to have an allocated area for prayer, following this practice would mean three visits in an afternoon (at a stretch, you can do two during normal lunch hours), each of which typically lasts 5 to 10 minutes. With many employers, this may be something that requires a bit of negotiation, but my experience has been that most organisations are accommodating and appreciate openness on the subject.

A few more examples of aspects of Islam that can have an impact on working life are:

Accommodating some of these needs can be tricky, and I fully appreciate the difficulties that organisations face in making accommodations for people from a variety of backgrounds and with different beliefs and faiths. On a personal level, I have no expectation that my employer would cater especially for me, but I do feel positive and optimistic when an employer demonstrates a desire to engage. However, many Muslims simply won’t engage in a discussion about religion with their employer if they have to initiate that discussion.

Including a section on your internal intranet which addresses faith/religion in the workplace and which talks about any provisions that are in place would be a good starting point for countering this. Information on this subject could also be included in a handbook for new starters. In the IP Inclusive workshop, I suggested having a designated representative within every company who is the go-to person for a particular faith, and with whom other members of that faith could discuss how they deal with implementing their faith in their daily working life. For example, I’d be more than happy to be approached by other Muslims within Marks & Clerk to discuss topics such as where I go to pray, whether I attend certain social events and how I manage Ramadan fasting at the office.

This is, necessarily, just a small selection of my experiences and opinions, and the topic of the impact of faith, religion and beliefs on working life is a complex discussion. Yet hopefully this article will encourage everyone who reads it to extend their knowledge, express their own opinions and create more inclusive organisations that are better equipped to support those of any faith. Be the next to say yes!

Thank you for writing this Colin, it is always great to learn about how faith impacts the way we view the world, including our workplaces. Josh