Intent vs impact – thoughts from the Women in IP coffee date

On 1 December 2021, we held the last Women in IP coffee meet-up of the year. This was a really special one as we teamed up with Chicago Women in IP (ChiWIP), who had partnered with us on our popular “Views from across the pond” event in June 2021. The theme for the coffee discussions was “intent vs impact”.

This blog post from Emily Teesdale of Airbus – co-coordinator of the Women in IP coffee dates – sets out the key insights and discussion points from the event. 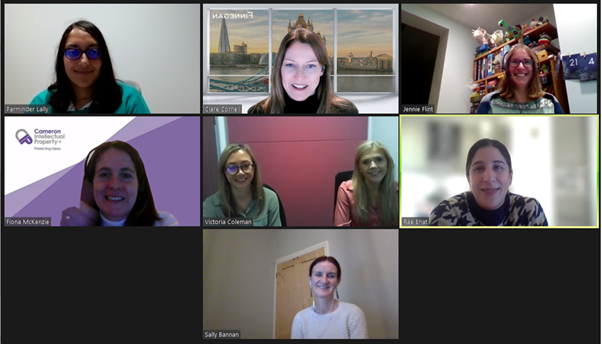 A screenshot from one of the breakout discussions

This was another great coffee event with lively discussions and learning about other people’s views. It was especially great to get some US perspectives. We looked at the topic by considering three questions:

1. Have you witnessed examples where there was a difference between a speaker’s intent and the impact on the recipient? (For example, “I don’t see colour” or “You speak the language very well.”)

Another of the breakouts

2. Do you think this is magnified in any particular setting within IP?

Many groups did not think it was particularly magnified within IP. For example, one group noted that one advantage of being an IP professional is the ability to work internationally with diverse colleagues. But one group did note that many in the profession are middle-aged white men and so perhaps more “thoughtless” comments might happen within IP because of that. One group noted the need to encourage recruitment of more diverse candidates. 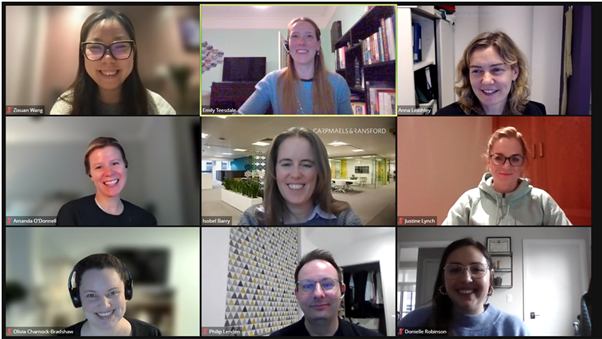 Plenty to smile about…

3. What could we do in such a situation where a friend, family member or colleague’s well-intentioned statement has a negative impact on the recipient? All suggestions welcome. (The suggestions below also give advice for ourselves, too…)

Thank you to everyone for your open and honest discussions and your suggestions. The prize for the best idea though has to go to whoever suggested saying: “Would you say that to the Rock?”

Thoughtful faces in another breakout room

Our next coffee date will be on Tuesday 15 February 2022 at 8.30 am on the theme of “Invisible Labour”. Find out more, and register to attend, via this link.